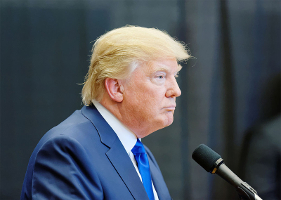 This is why they loathe and fear him. And he beat them badly. Their smear campaign failed. Their candidate, Rubio, was humiliated. As Trump moves to consolidate his victory, and moves in for the kill in Florida, their squeals of pain will get shriller. They are already abandoning any hope of winning at the polls, turning toward a strategy of denying Trump the nomination by fair means or foul — and given the character of these characters, you can bet it will be the latter.